The Church must uphold the dignity of each and every human being. But the Equality Act is a blunt instrument that would have devastating effects on the Church’s ministries, on religious liberty, and on legal protections for women. I urge you to join me in calling on lawmakers to oppose this misguided legislation.

Congress will soon vote on H.R. 5, the Equality Act, sweeping legislation that would add “sexual orientation” and “gender identity” to the definition of sex throughout federal law.

The designers of the Equality Act claim that this legislation protects people from discrimination. In reality, the Equality Act retracts religious freedom, endangers privacy, regulates speech, hinders quality health care, and threatens charitable organizations and those whom they serve. The Church seeks to promote justice and human dignity, and so Catholics are opposed to unjust discrimination.  But the Equality Act does not offer meaningful protections for individuals.  In fact, its definitions remove women and girls from protected legal existence.

Contact your senators and representative today and urge them to oppose the Equality Act! 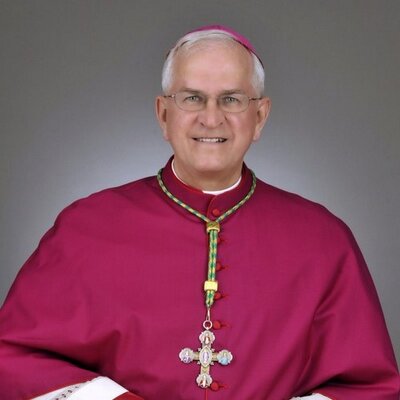 WASHINGTON—Three chairmen of the U.S. Conference of Catholic Bishops (USCCB) have written in public opposition

to the Equality Act (H.R. 5 / S. 788), which was introduced in Congress on March 13, 2019. The Act would add the new terms “sexual orientation” and “gender identity” to the definition of “sex” in federal civil rights laws, which has wide-reaching impacts on health care, women and girls’ legal protections, charitable services to needful populations, schools, personal privacy, athletics, free speech, religious liberties, and potentially parental rights.

Rather than offering meaningful protections for individuals, however, the Equality Act would impose sweeping regulations to the detriment of society as a whole.  Read more.

WASHINGTON–Ecumenical and interfaith leaders renewed their call to urge Congress to repeal a change to the Internal Revenue Code that will imminently tax nonprofit organizations—including houses of worship—for the cost of parking and transit benefits they provide to their employees. Section 512(a)(7) has been commonly referred to as the “parking lot tax”.

Leadership from a variety of nonprofits, religious and educational institutions, and houses of worship sent a letter to the House Ways and Means Committee Chairman and Ranking Member asking for Congressional action to address this concern. Read more

Urge Lawmakers to Support the LIFT for Charities Act!

The Lessening Impediments From Taxes (LIFT) for Charities Act of 2019 (H.R. 1545/S. 632) is bipartisan legislation that would repeal Internal Revenue Code Section 512(a)(7), more commonly known as the “parking lot tax.”

The parking lot tax requires nonprofit organizations, including churches, to pay taxes on parking and transit benefits provided for their employees.  This tax forces nonprofits and houses of worship to shoulder burdensome accounting and regulatory compliance costs, and it will hopelessly entangle the IRS with houses of worship.  Moreover, according to the Joint Committee on Taxation’s score of a full repeal of Section 512(a)(7), the provision will extract $1.7 billion from the non-profit sector over 10 years.  While nonprofit organizations and houses of worship will pay these taxes, it is the people these organizations serve who will ultimately suffer from this massive diversion of funds from churches and civil society to the government.

Contact your U.S. senators and representatives today and ask them to support the LIFT for Charities Act!

Tell the Senate to reject religious tests for judicial nominees!

Recent nominees to the federal judiciary have endured pointed questions about their faith during confirmation hearings and in written questionnaires.  It is time for these discriminatory, anti-Catholic questions to stop.  Contact your senators today!