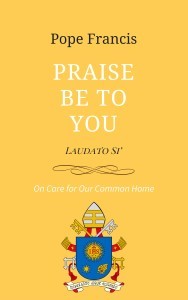 Human ecology also implies another profound reality: the relationship between human life and the moral law, which is inscribed in our nature and is necessary for the creation of a more dignified environment. It is enough to recognize that our body itself establishes us in a direct relationship with the environment and with other living beings. The acceptance of our bodies as God’s gift is vital for welcoming and accepting the entire world as a gift from the Father and our common home, whereas thinking that we enjoy absolute power over our own bodies turns, often subtly, into thinking that we enjoy absolute power over creation.

In the present condition of global society, where injustices abound and the growing numbers of people are deprived of basic human rights and considered expendable, the principle of the common good immediately becomes, logically and inevitably, a summons to solidarity and a preferential option for the poorest of our brothers and sisters. This option entails recognizing the implications of the universal destination of the world’s goods, but … it demands before all else an appreciation of the immense dignity of the poor in the light of our deepest convictions as believers. We need only look around us to see that, today, this option is in fact an ethical imperative essential for effectively attaining the common good.

Intergenerational solidarity is not optional, but rather a basic question of justice, since the world we have received also belongs to those who will follow us. The Portuguese bishops have called upon us to acknowledge this obligation of justice: “The environment is part of a logic of receptivity. It is on loan to each generation, which must then hand it on to the next.”

Our difficulty in taking up the challenge seriously has much to do with the ethical and cultural decline which has accompanied the deterioration of the environment. Men and women of our postmodern world run the risk of rampant individualism, and many problems of society are connected with today’s self-centered culture of instant gratification. Our inability to think seriously about future generations is linked to our inability to broaden the scope of our present interests and to give consideration to those who are excluded from development. In addition to a fairer sense of intergenerational solidarity there is also an urgent moral need for a renewed sense of intragenerational solidarity.

Interdependence obliges us to think of one world with a common plan. A global consensus is essential for confronting the deeper problems, which cannot be resolved by unilateral actions on the part of individual countries. Such a consensus could lead, for example, to planning a sustainable and diversified agriculture, developing renewable and less polluting forms of energy, encouraging a more efficient use of energy, promoting a better management of marine and forest resources, and ensuring universal access to drinking water.

Although the post-industrial period may well be remembered as one of the most irresponsible in history, nonetheless there is reason to hope that humanity at the dawn of the twenty-first century will be remembered for having generously shouldered its grave responsibilities.

The 1992 Earth Summit in Rio de Janeiro proclaimed that “human beings are at the center of concerns for sustainable development.” The principles which it proclaimed still await an efficient and flexible means of practical implementation.

We believers cannot fail to ask God for a positive outcome to the present discussions, so that future generations will not have to suffer the effects of our ill-advised delays. As the bishops of Bolivia have stated, “the countries which have benefited from a high degree of industrialization, at the cost of enormous emissions of greenhouse gases, have a greater responsibility for providing a solution to the problems they have caused.”