More than 1,300 pro-life advocates from parishes and Catholic high schools throughout the Diocese of Rockville Centre traveled to Washington by bus to participate in the 45th annual March for Life on Jan. 19. They were among the hundreds of thousands of people who gathered in the nation’s capital on a mild sunny day to protest the 1973 Supreme Court Roe v. Wade decision that legalized abortion across the country.

Bishop John Barres, making his first appearance as diocesan bishop at the march, greeted several church groups and schools as they arrived at the National Mall in the late morning and early afternoon. Following speeches by pro-life supporters, politicians and religious leaders, including a live address by President Trump that was broadcast on large video screens, the marchers—many carrying signs and banners—embarked on their 1.5-mile walk to the Supreme Court. See related story here.

St. Joseph Church on Capitol Hill, located only a few blocks from the Supreme Court, was once again the designated meeting spot for diocesan marchers after the event. Bishop Barres led brief prayer services for the various groups as they arrived at the church, imparting a blessing before they boarded their buses for the return trip to Long Island. Seminarians Matt Browne, William Cassese, John Crozier and Jonathan Pham read the general intercessions during the services.

“We were incredibly proud and grateful for the turnout from our parishes and students from our schools,” remarked Allison O’Brien, director of the diocese’s Respect Life Office. “Our voices were united with other faith communities from around the country.”

According to O’Brien, this was the first year that all 10 Catholic high schools in the diocese participated in the March for Life. She said the growth in their participation over the years is an encouraging sign in the pro-life movement’s battle to end abortion.

“We certainly see a change, a change in our young people, to be witnesses for life and to defend the unborn,” said O’Brien. “The tide is changing and the young people are leading the way.”

View story and photos from the Long Island Catholic 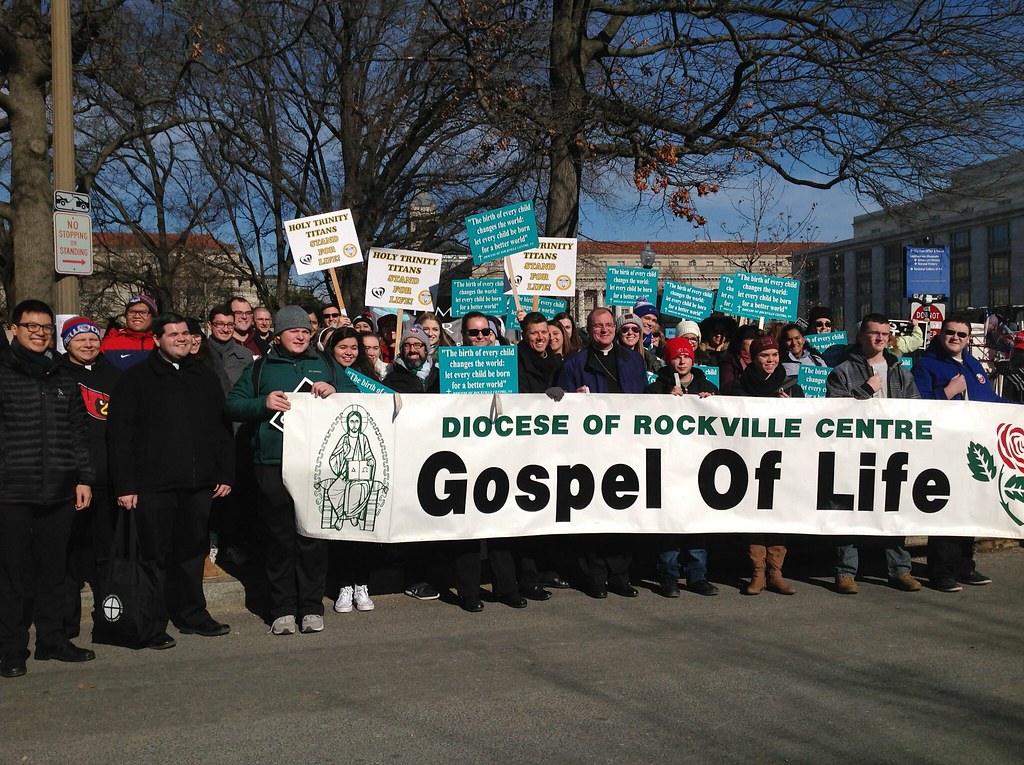